There are so many wonderful things about sweet romance novels set in the 1800s in the West. When I was considering what decade to set my stories in, I wanted to choose a time of transition. Sure, the West was always changing, from the time the first settlers arrived on the eastern shores well into the middle of the twentieth century.

But I chose the 1870s for some special reasons. The railroad was just coming through Colorado in that decade, bringing a flood of hopeful people from all over–people wanting to start a new life and raise their families in a place that held promise.

Colorado became a state in 1876, the year of the nation’s centennial. I imagined this was a time of great hope and excitement for the territory.

It was also the decade in which the last of the major Indians tribes were gathered up and shipped out to Oklahoma.

My novels run with deep themes, and I was especially keen to create characters that had to deal with the vanishing way of life for the native people that made way for the white man to take over. Along with that came the disappearance of the buffalo. Huge changes marked the 1870s, and it is my desire that my novels capture at least a piece of those changes, to help readers sense what it may have been like back then.

In addition, key communites (or colonies, as they were called) were springing up in that era, and these included the towns on the Front Range that my stories are set in.

Get a Free Novella! 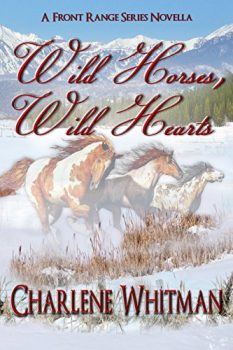 Receive your free novella! You'll also be added to my mailing list to receive special offers and sneak peeks into chapters and covers of upcoming releases.

Praise for the Front Range Series