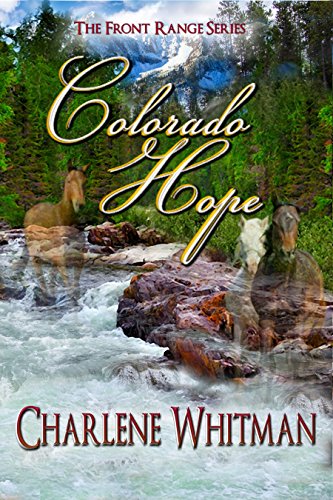 While traveling to the Western town of Fort Collins, Colorado, a new bride watches in horror as her husband is swept away in a flash flood. She fears she'll never see him again, but a year later, he walks into town—with a beautiful woman on his arm . . .

Order Now!
About the Book

While traveling to the Western town of Fort Collins, Colorado, a new bride watches in horror as her husband is swept away in a flash flood. She fears she’ll never see him again, but a year later, he walks into town—with a beautiful woman on his arm . . .

1875 ~ Beset by a sudden spring storm on the Front Range, newlywed Grace Cunningham watches in horror as her husband, Monty, is swept downriver. Pregnant and despairing, she stumbles into Fort Collins and tries to make a life for herself, praying that one day the man she loves will walk into town and back into her life.

Montgomery Cunningham wakens on the bank of a river with no recollection of who he is or how he got the gash on his head. A woman named Stella, who claims to be his fiancée, nurses him back to health. Plagued by images of a faceless woman who he is certain is the key to his past, Monty concedes to Stella’s pressure to marry him and move to Fort Collins, but he quickly regrets his actions.

A year after Grace’s tragic loss, Monty walks into the dress shop where she works—with a woman on his arm. Shocked that Monty has no recollection of her, Grace is determined to win back his heart. Somehow she must help him regain his memories and his buried love for her—and not just for her sake but for the sake of their infant son, Ben.

Monty, miserable in his marriage to a woman he hardly knows, is inexplicably drawn to Grace. Every time he’s near her, memories surface, but they are hazy and troubling. He’s torn between his vows and the desires of his heart, for he cannot stay away from Grace.

Grace’s hope is sparked when Monty starts recalling glimpses of his past. But when murderous outlaws come to town, she is thrust into grave danger. Monty risks his life to rescue her, only to face even greater perils in the treacherous mountains. Can she truly hang on to hope when she is about to lose all she loves?

This full-length Historical Western Romance novel takes readers on a heart-wrenching journey of love, loss, and hope amid the dangers and challenges in Colorado Territory’s wild frontier.

Share
Facebook Twitter Google+
Preview
Disclosure of Material Connection: Some of the links in the page above are "affiliate links." This means if you click on the link and purchase the item, I will receive an affiliate commission. I am disclosing this in accordance with the Federal Trade Commission's 16 CFR, Part 255: "Guides Concerning the Use of Endorsements and Testimonials in Advertising."

Praise for the Front Range Series